Blogs
You are here: Home / Blogs / Latest Posts / ‘Intermittent Fasting for Weight Loss’: How it Works 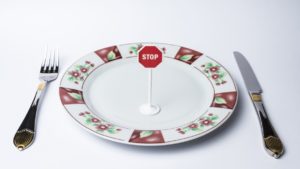 When I first heard the term ‘Intermittent Fasting’, I thought it was a bit silly. Since the practice of ‘fasting’ has been around for thousands of years, I wondered why people had to suddenly put the word “intermittent” in front of it. The obvious answer is that intermittent fasting connotes continuous measured intervals of fasting and feeding as a diet plan. This distinguishes it from other types of fasting, which usually aren’t adhered to in a regular and ongoing basis.

By loose definition, intermittent fasting is not so foreign or extreme as it might first sound. Given that we ‘fast’ the entire time we sleep each night, we’re already engaging in intermittent fasting, save for the few midnight snack enthusiasts out there.  And if you’re the type (as I am) who prolongs your morning hunger until your first meal is what most people label “lunch”, then you’ve got intermittent fasting (at a moderate level) already mastered.

Of course, those who write entire books on ‘intermittent fasting for weight loss’ wouldn’t want you to think it’s that simple.

When adherents of intermittent fasting successfully lose body fat, it’s likely for two reasons. First and foremost, fewer calories are consumed when eating is restricted to fewer daily and weekly hours. It’s that simple. If we don’t allow ourselves to eat nearly as often, total food intake often gets slashed.

Another, just slightly esoteric reason intermittent fasting “works” is that it likely improves insulin sensitivity. Regular prolonged periods of hunger tend to do that over time. The effect is ‘metabolic elasticity’; a state in which the body becomes more efficient at using stored energy (fat) for fuel. This effect is greater when intermittent fasting is combined with intense exercise.

As with so many things, answering the question of whether intermittent fasting “works” depends on an adherent’s dedication to an eating plan that’s been personally determined a good fit for him or her.

This is what the 16/8 technique mentioned above falls under. With daily window fasting, one simply assigns a relatively small ratio of hours for eating and then fasts the remaining hours. For example, using 16/8, many intermittent fasters prefer to skip breakfast, eat between the hours of noon and 8 PM, then fast again between 8 PM and noon the next day.

But this window can be broken into any ratio one prefers; 18 hours fasting/6 hours feeding – 20 hours fasting/4 hours feeding, etc. I knew one person to take it so far as to gorge at an all-you-can-eat buffet for nearly two hours and then fast the remaining twenty-two. That is, until the buffet manager had him all but restricted from the premises.

As the name implies, this means fasting every other day. The fasting days consist of either complete abstinence from food, or allowance of eating only a few hundred calories. The former usually requires a lot of discipline; the latter being more sustainable for most people. 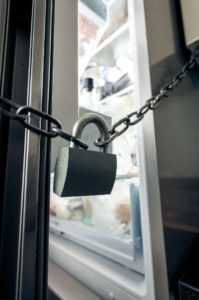 Evidently, combining workouts with this plan might have synergistic benefits. An animal study showed that alternate day fasting results in stronger and harder muscles in trained animals. In the experiment, mice that ran on a treadmill became stronger if they’d fasted every other day compared to another group of animals that trained without fasting.

Of course, the aforementioned benefit of combining workouts with fasting might transcend all types of fasting schedules.

The so-called ‘Warrior Diet’ entails fasting during the daytime hours and feasting on a big meal at night. The daytime fasting will typically include intake of small amounts of raw fruits and vegetables. This is followed by an evening meal fit for a king (or more aptly, a ‘warrior’).

The Warrior Diet probably draws from the idea that it resembles the likely pattern of daily feeding to which nomadic tribesmen were relegated. People fasted all day during the hunt for food and then feasted around the fire at night.  It’s no surprise then that this ‘intermittent fasting for weight loss’ plan calls for food choices that resemble ‘Paleo eating.’

This plan calls for eating normally for five days a week and fasting for two. The fasting days can be consecutive or a split of any two days one wishes (Mon and Thurs, for example). Any type of food can be eaten on non-fasting days while the two restrictive days only allow for consuming about 25% of one’s daily maintenance calories.

The biggest pro of the 5:2 Diet is its flexibility. There are no food restrictions during the five non-fasting days. This allows for normal social eating and maybe moderate intake of desserts or alcoholic beverages. This flexibility can lend itself to sustainability in following the plan.

Not sure why this one earned its title. As far as I can tell, all these intermittent fasting plans are “eat, stop, eat.” Maybe what gives this one the title is that when it says “stop eating”, it really means it; there appears to be no sneaking in a few hundred calories on fasting days.

‘Eat-Stop-Eat’ demands complete abstinence from food for a 24-hour period, once or twice a week. The plan does allow for consumption of unsweetened coffee, tea, or other non-caloric beverages. But aside from that, it’s a call for complete starvation mode.

‘Eat-Stop-Eat’ can produce negative side-effects familiar with many intermittent fasting for weight loss plans. These include dizziness, headaches, fatigue, and general irritability. However, these effects are reported to subside as the body becomes increasingly accustomed to the practice.

One way to ease into 24-hour total fasting is to build toward it with daily window fasting. A beginner could start with a 16/8 daily window schedule. When that’s become easy, he or she could move to an 18/6. From there it’s on to a 20/4 schedule before attempting a 24-hour period without any food.

The question you might have at this point is whether there are any studies to back the validity of claims made by proponents of intermittent fasting. Is ‘time-restricted feeding’ the fat-scorching miracle it’s cracked up to be? Or is it no more effective than traditional slimming diets that consist of cutting daily calories by 20 percent or so?

At least one study showed the effectiveness of the ‘Daily Window’ method. In the experiment, obese subjects were put on a 12-week, daily time-restricted eating schedule in which they could eat only within the eight-hour period of 10 am to 6 pm. Within that time window, the subjects were allowed to eat whatever they wanted. A control group of similarly obese individuals kept their usual eating schedule which ran from about 9:30 am to 8:30 pm.

The study resulted in the time-restricted feeders losing an average of 4.5 lbs. of fat. This was due to their calorie intake reducing by 20% despite their not being required to count any calories. The control group saw no changes. Apparently, just a three-hour reduction in the time window of daily eating results in an effortless slashing of calories and shedding of fat.

A study done on the ‘5:2 Diet’ compared the effects of this approach to that of a traditional weight loss method. The experiment had 150 people with a BMI of over 25 divided into three groups. One group served as a control that underwent no changes. A second group went on a traditional diet in which daily calories were cut by 20% below maintenance. The third group went on the 5:2 Diet, keeping up maintenance calorie intake for five days a week while cutting down to just 20% of maintenance calories for two weekly “fasting” days.

After twelve weeks, the group on the 5:2 fasting diet appeared to have lost more weight than had the group on the traditional daily calorie-cutting plan. In particular, the 5:2 fasters had lost more belly fat than the traditional dieters had. However, when the two groups were compared after 50 weeks, there was virtually no difference in results; both had lost about the same amount of body fat.

Another study shows intermittent fasting can improve insulin sensitivity independent of weight loss. It can do this even for people who’ve built up long-term insulin resistance to the point of being pre-Type-2 diabetics. Researchers subjected eight such men to a restricted-time eating plan and juxtaposed the results with those from the men’s normal eating patterns.

The men in this study ate normally for five weeks. That meant eating three meals per day between the hours of 8 AM and 8 PM. After a “wash-out” period, they were put on a 5-week early time restricted feeding (eTRF) program.  That meant eating ONLY between the hours of 8 AM and 2 PM. The men consumed the exact same amounts of food during the two phases and remained static in body weight. 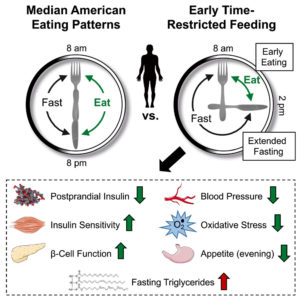 Intermittent fasting has become a popular means of losing weight in the last decade. The reason for its popularity is its simplicity; there’s no need to count calories or measure macronutrients. Just knowing when and generally what to eat, as well as when to abstain from food, is about as complicated as these plans get. That’s a major benefit.

But simple shouldn’t be confused with ‘easy.’ For many people, prolonged abstinence from eating is more difficult than imagined. The resulting headaches and fatigue are challenging. For that reason alone, traditional calorie-cutting diets are probably the better choice for many people.

But how one goes about implementing an intermittent fasting program might be as much a determiner of success as choosing one general fat-loss method over another. A good recommendation for beginners who want to try it is to start slowly. Allow the body to adjust to intermittent fasting with a daily window of fasting through the late morning and eating dinner no later than three hours pre-bedtime. Only when the body has built greater insulin sensitivity through such a moderate approach would I recommend moving on to more demanding methods like ‘Eat-Stop-Eat.’

My take on intermittent fasting is biased by my experience with and advocacy of natural bodybuilding. I’m a proponent of daily window/early time restricted feeding. This type of eating schedule makes sense to me as it would optimize the circadian rhythm of natural growth hormone release. In the same vein, I’m less a fan of ‘The Warrior Diet’ and its call for an all-day fast followed by a big nighttime meal. Eating a large pre-bedtime meal antagonizes the body’s natural nocturnal growth hormone release and can reduce the fat-burning benefits a boost in that hormone’s output can provide.

But aside from that caveat, the effectiveness intermittent fasting for weight loss is probably partly attributable to a net increase in daily growth hormone that regular fasting generally creates. 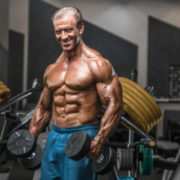 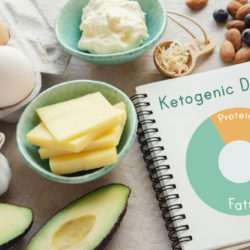