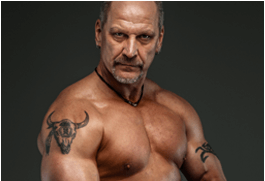 Building muscle is difficult for many people. It often involves a lot of work without commensurate payoff.

But much of the struggle – the inherent difficulty – is unnecessary.

This is something I’ve concluded after a lot of observation. I’ve been involved in muscle building for thirty years.

It’s a long time to be dedicatedly involved in bodybuilding, which I’ve been.

Something I long-ago realized is there’s an underlying reason for most of the difficulty people encounter with muscle building.

There’s one mistake in approach that accounts for most of the resulting frustration.

It’s the 80/20 Principle as applied to errors. Thus, it’s the 20% of input (erred mindset/action) accounting for 80% of stagnation (bad results).

Okay, here it is…

People struggle because they forget that successful muscle building is a two-step process. It’s a process of breaking down muscle tissue AND… successfully recuperating that tissue.

That’s where most of us miss the mark.

But in practice they don’t really know if they’re “recovering”, much less fully recuperating.

What’s the difference between ‘recovering’ and recuperating?

Evidence of recovery means nothing about whether the muscle tissue is stronger than before you trained it last time.

‘Recuperation’ means the muscle has actually repaired all the damaged tissue, plus gained some.

That ‘plus gained some’ part is VERY important. There needs to be enough recuperation since your last workout that compensatory protein synthesis has occurred.

Any less recuperation than that will end up wasting time. You’d just train the muscle again before it’s ready.

It will be a waste of energy too.

It’s a waste of your precious resources if your reason for working out is to build muscle size.

Recuperation is ‘Different’ for Mature Muscle

Throughout our lives, we produce cellular inflammation inside our bodies.

Sometimes we produce more of it, like when we eat badly, party too much, and burn the candle at both ends.

Sometimes we produce less of it, like when we’re eating healthy, getting enough rest, and using anti-oxidants.

Muscle building (and all exercise) actually generates ‘free radicals’ and an inflammatory response inside our bodies.

Research reveals that when we were young (like twenty-something), inflammatory response from exercise helped us build muscle.

That’s why when young bodybuilding guys are given antioxidants it slows down their post-workout recuperation.

But if you give antioxidants and anti-inflammatory supplements to older people, it helps their recuperation.

This makes sense. When we’re twenty-something, we haven’t accumulated much oxidative damage. And our body’s endogenous anti-oxidants are at all-time highs.

When we’re fifty-something or above, we’ve got some accumulated inflammation, and less endogenous anti-oxidant defense.

When we’re forty-something or above, we’ve got even more accumulated inflammation and a further drop in endogenous antioxidants.

… Which were things to actually avoid when attempting to build muscle at a young age. 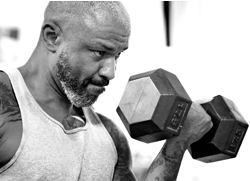